The Museum of Flight
Seattle, WA

On October 6, 2007 we rolled out our completed 1928 Boeing Model 40-B at the Wings and Wheels Festival – Aviation Day – at Pangborn Memorial Airport here in East Wenatchee, WA. Our special guest was Bill Boeing, Jr., the son of the founder of the Boeing Company. After the Festival we disassembled the Model 40 and trucked it over to The Museum of Flight in Seattle, WA. We reassembled it there, where it and its new display opened to the public on October 20th.

The Model 40B was the Boeing Aircraft Company’s first successful commercial aircraft. It was economical to operate with its Pratt & Whitney R-1690 “Hornet” radial engine and could carry more mail and passengers than its competitors. With this airplane Boeing was able to win the airmail route from San Francisco to Chicago in 1927. The 40-B biplane had a crew of one, a compartment for mail and a small cabin for two passengers. 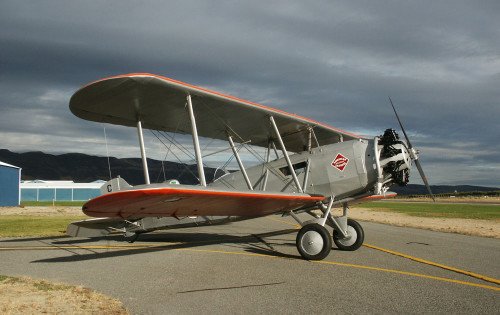